Despite the torrential rains and the air traffic and rail strikes in France last week, the MIPTV conference in Cannes was a great show.

If you were brave enough to pass over the gloomy weather and get a bit wet, we are sure that you would agree that this edition of MIPTV provided some pretty good market insights and allowed us to get acquainted with the latest buzzworthy trends. Here are our top highlights: 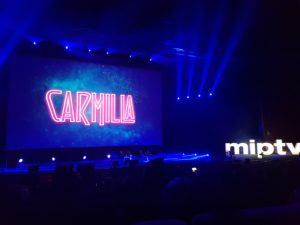 According to the #miptv hashtag on Twitter, two keynote panels created most of the buzz around the event. The first one was featuring El Rubius, Spain's most popular YouTuber with over 28 million subscribers and original creator of the comic book saga Virtual Hero which has been adapted to anime series.
The second one with the team behind Carmilla - MIPTV’s Brand Content of the Year award winner.

Why we found this interesting

With its launch of Virtual Hero Spain’s largest PayTV player, Movistar + has jumped right into the original content game. “Virtual Hero is a clear example of what you can do on PayTV,” says Domingo Corral, Movistar + Director of Original Productions, “such as creating an original series targeted to a very specific audience segment.”

In the case of Carmilla, the truly amazing phenomenon is that this relatively low-budget open source Canadian show about a lesbian vampire was created by a tampon company, Kotex, and has resonated with a massive millennial fandom. 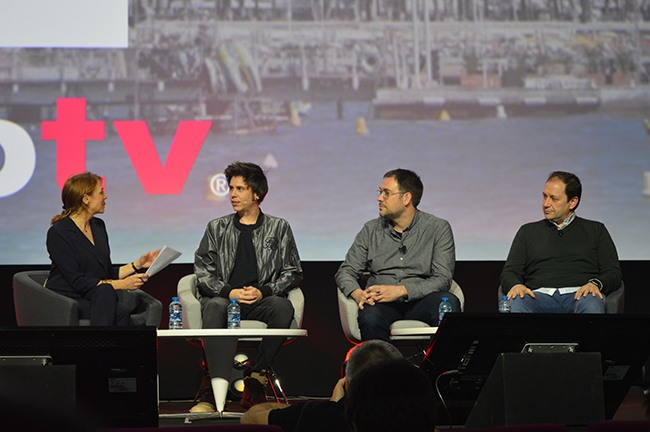 If you are a technology provider, raise your hand! What is the first question you got from producers & content providers at MIPTV? I bet it was: "Do you support 4K and HDR?"

Peter Sykes, Strategic technology development manager at Sony Professional Solutions Europe said that more and more high-profile events are now being broadcasted in 4K. What is more, Netflix had around 800 hours of UHD and more than 120 hours of HDR content in 2017 and this number is growing rapidly. Amazon, Apple TV, Vudu and Sky Perfect are, amongst other services, also offering HDR content.

3. As Beyonce said: "Who run the world"... #femaleshowrunners

Apparently, it is a fact that it is more difficult for women to become showrunners in some countries than in others. Audrey Fouché, screenwriter & director, suggests that it is s easier for women to become showrunners in the US than in France because there are specific training courses. “There is no shortage of women writers because it is more of a ‘traditional’ role for women,” says Fouché. “There is, however, a shortage of woman directors.”

Something that regularly comes up when discussing female characters, is the Bechdel test. Basically, it means that a show must have at least two female characters and they should have a conversation which revolves around something more than a guy. Surprisingly, very few series are compliant to this barometer for political correctness in the world of fictional ladies. Carmilla, by the way, more than meets the Bechdel test. 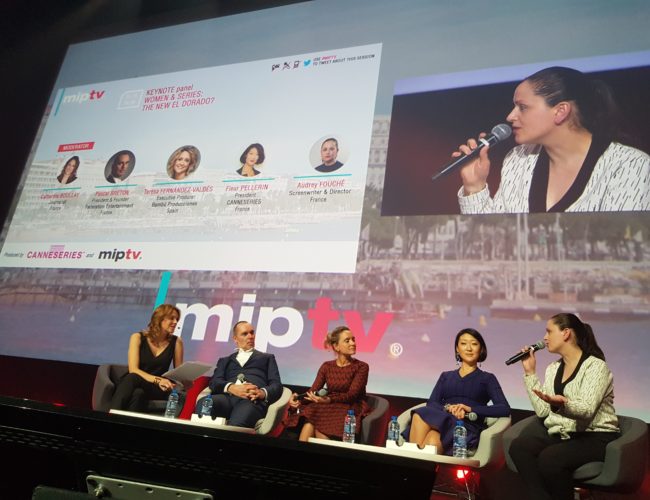 When it comes to emerging digital tendencies and reshaping the consumer of tomorrow, the digitally-savvy Asian youth is a huge potential audience. Amanda Groom, a co-production consultant & managing director of The Bridge, says there is a large growing interest in Asia and walls are coming down. “For example,” says Groom, “young people in Manila can have commutes of up to six hours and all that time, they’re consuming content on their phones.”

When publishing on @fb_watch, you need to hook your audience quickly. You only get about 3 seconds to get their attention, 10 seconds to explain what your show is, and 3 mins to your first mid-roll ad. Click To Tweet

The rise of digital platforms allows getting really creative with short formats and customizing your content to the specific audience you're targeting. At MIPTV two panels were dedicated to creating social network series for Facebook Watch and for Instagram.

Joanna Wells, VP of digital at MTV UK and Comedy Central, participated in the keynoted dedicated to Instagram and highlighted the importance of being early on any emerging platform in order to learn from your mistakes. “Don’t be scared to try anything,” recommends Wells, “fail fast, have a go, and just be creative and innovative.”

@fb_watch is built around a very different set of standards. It's designed for lean-back viewing as opposed to scrolling drive-by of a Facebook newsfeed. Click To Tweet