Orange just got the 13th award for their "Social TV" application and broke the record for a number of prizes won at the company. 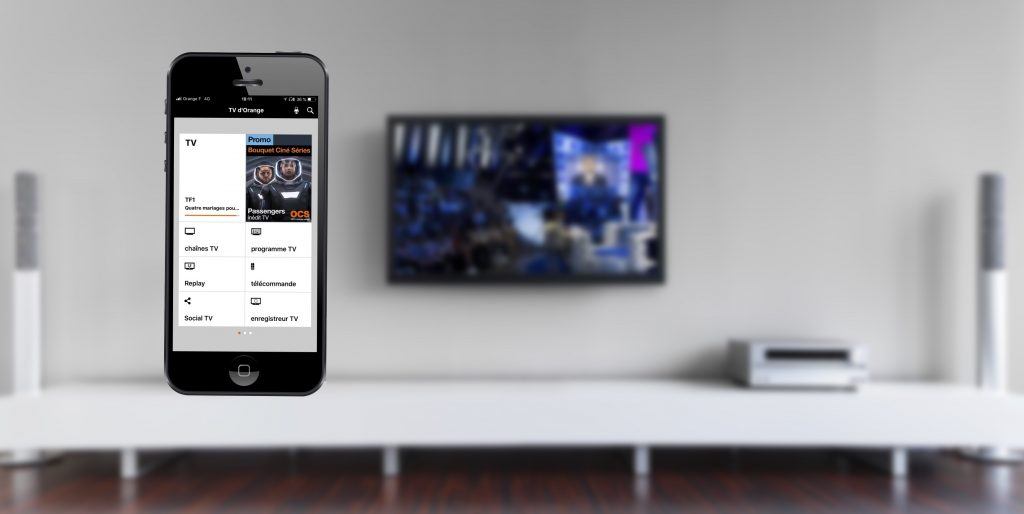 Orange selected Wildmoka in March 2016 to add a social experience layer to their TV content. Ever since the largest Telco in France has won 13 awards for Orange TV's app “Social TV”.
To unveil more details about the project and why Orange chose Wildmoka to accompany them, we are talking to Yann Ruello, TV & Entertainment Innovation Director at Orange.

Yann joined the TV & Entertainment department of Orange three years ago. This period also concurred with a major disruption in the broadcasting market. On one hand, a number of social, digital and web platforms were emerging, multiplying the viewing destinations by ten. On the other hand, new players in the global TV market were establishing themselves in the business and challenging the existing actors. Digital heavy-hitters like Facebook, Snapchat and Twitter all launched livestreaming services, and brands have begun to leverage big data and online fandom to better target their audiences.

“As we all know, milennials consume television differently from how their parents do. Adolescents watch less live and more replay and all this while checking what’s happening on social media”, Yann explains.

To keep up with the users’ demands, Orange decided to launch a Social TV project. For that, they had to find the right game-changers in the sector to help them accomplish their goal. Their objective was to create a user experience which allows watching TV – well, the way we do today. Even though multiscreen was already a habit for viewers, it was missing an essential social element: sharing.

@yannruello: #SocialTVOrange is the perfect mix of TV and Social media combined with a real multiscreen experience Click To Tweet

It is a fact that today video comes first with more than 500 million people watching Facebook videos daily. Moreover, consumers not only want to watch, but also to produce clips. According to Yann, Live Clipping is the best solution, as it’s the perfect mix of TV and Social media combined with a real multiscreen experience.

In a quest for Social TV

To begin with, Yann's team was skeptical about the idea. Live Clipping is one of the numerous “second screen” experiences that have exploded the last few years. Both savvy start-ups and big media players adapt to changing consumer behaviors. Following an initial surge, many products have faded away, sprouting concerns the "Social TV" trend was overhyped. As it turns out, this isn't the case and it is thriving today more than ever.

Once that doubts disseminated, Orange started looking for partners in order to bring this idea to life. They wanted to collaborate with an innovative start-up and build an offering to perfectly fit the industry context. During his market research, Yann met Wildmoka at a trade show in Amsterdam in September 2015 (IBC).

He compared the platform to the competitive solutions on the market. “Yes, the platform is excellent technically speaking. But it also instantly clicked with Cristian and Thomas, the Co-Founders, which is crucial when doing business”.

After the project prototype was completed, the CEO, Stéphane Richard, presented the result of the collaboration during Orange’s event “Hello” in March 2016. Moreover, "Social TV" turned out to be more than the fruit of a successful alliance between a large group and a start-up. It also represents the collaborative synergy between different people and departments at Orange. More precisely, Luc Bretones, EVP Technocenter & Orange Fab, and Christian Bombrun, VP Marketing, Entertainment & Digital Services, whose purpose was to encompass all TV innovations in one single application.

Moments Share is the technology which allows end-users to clip a short moment of their choice from live content and share it with on social networks, in real-time. With this solution, everybody wins. The operator enjoys greater use, and the consumer can interact with his favorite content and become a part of the storytelling. And thanks to this TV content socialization, Orange just broke their own awards record by winning the 13th award for their application.

If you would like to know more about how our platform could benefit your organization, please don’t hesitate to contact us!