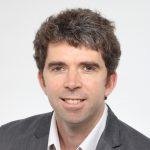 In 1998, David Remaud began his career at Nextenso, a subsidiary of Alcatel-Lucent developing service platforms for telecom operators. He served successively as a R&D team leader, VP Sales, and member of the executive committee before joining the parent company in 2005. There, he took over the Mobile Virtual Network Operators business unit and supervised the sales and technical teams in Europe.

In 2008, he founded Plugnsurf, a company producing routers creating a mini Wi-Fi network with a 3G USB key.

In 2012, Plugnsurf is acquired by Netgem, that provides IPTV and OTT solutions for telecom and media operators in Europe, US, and Australia. David Remaud became director of the Mobile Group business unit and later Marketing Director of Netgem.

As a Chief Marketing Officer, David Remaud's mission is to accelerate the development of Wildmoka’s business, particularly in Eurpoe and North America. He will refer to Cristian Livadiotti and Thomas Menguy, co-founders of Wildmoka.

Remaud David is an engineer graduated from École Polytechnique and Telecom ParisTech.

Wildmoka is a technology company established in Paris & the French Riviera, which develops an Agile Media Cloud introducing new ways of distributing, consuming and valuating video content. Wildmoka is offering towards mass media, content owners, and service providers, solutions to promote content on social media, to monetize archives, and to value key moments.

With live deployments for major customers like Canal+ in France and AT&T in the US combined with worldwide partnerships with Microsoft and Advans Group, Wildmoka has become in a few months a leading player in its domain.