Wildmoka has been selected by the EBG (Electronic Business Group) to be part of the top 100 of most innovative startups in France.

This top 100 list contains startups showing the strongest potential of success and international deployment.
Those startups are selected by EBG's Open Innovation comity.

This selection comes at the right moment - shortly after Wildmoka's award as best startup for the US market.

About the EBG:
Founded in 1998 by François-Henri Pinault and Pierre Reboul, the Electronic Business Group brings together 600 member companies and 120,000 professionals for 190 meetings and conferences throughout the year, across offices in Paris, Brussels, Beijing, New York, and San Francisco.

The EBG General Assembly is not simply a conference in an amphitheater, but instead offers a personalized experience: 1000 participants are seated around tables of 8 people and change places four times over the course of the day, without ever crossing paths with the same guests twice. 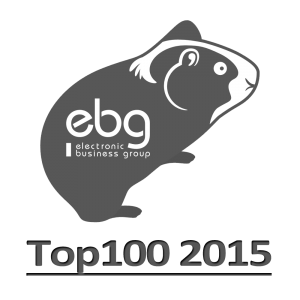