Wildmoka in the Cote d’Azur delegation at FDD2

Wildmoka in the Cote d’Azur delegation at FDD2

Together with seven other start-ups from Sophia-Antipolis and around, we were part of the Cote d’Azur delegation for France Digitale Day 2 event in Paris, at “Le Carreau du Temple”. French Riviera Tech Entrepreneurs, an association we are part of, was responsible for the delegation.

The event features a set of brilliant speakers, and a large hall with delegations coming from different regions of France. French officials were part of the public, including Axelle Lemaire, the new State Secretary for Digital Technology, also known as “La French Tech”. 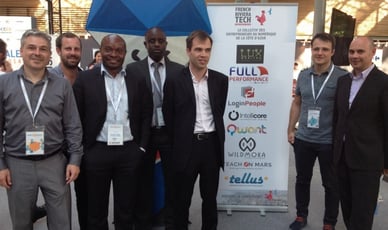