Wildmoka partners with France Télévisions for digital broadcasting without limit

Wildmoka partners with France Télévisions for digital broadcasting without limit

8 Minute Read
Certain partnerships go far beyond the realms of the usual customer/vendor construct. They challenge your boundaries, push your limits and put your very own status quo to the test.

This is also how our collaboration with France Télévisions, the French public national television broadcaster, has been unfolding throughout the years. To us at Wildmoka, it turned out to be what we consider an essential pillar of mutual growth which enabled us to create a real media hub for digital broadcasting without limit.

From Broadcast to Digital: Leveraging the Cloud

Since the dawn of television broadcasting, legacy workflows and infrastructures have worked pretty well based on massive CAPEX investments. In order to be able to deliver business-critical content in continuity, and ensure very high SLA (Service Level Agreement) required by linear television, workflows have been conceived around full redundancy of equipment, so that it could recover from any hardware failure.

It takes a new challenge, that current methods can’t face, to push broadcasters into this new Cloud space.

The legacy approach works pretty well for a predictable, slowly evolving environment. But it lacks scalability on large events, which by nature require a peak of capacity in a very short time. Additionally, the urge for delivering live content across multiple social and digital destinations, which are Cloud-based in nature, is pushing towards a Cloud-based environment. Having to build integrated workflows for temporary projects such as live events, and the need to connect the team for remote productions requiring broadcasters to liaise distant locations back to headquarters.

All these reasons are drivers to consider the cloud in order to have a flexible infrastructure with an OPEX model, to better control costs versus time.

Integrating a cloud solution is not the most challenging part for a broadcaster. What is complicated is leveraging it while continuing to ensure similar SLAs, high resolution, fast turnaround, and the need to connect geographically separate locations, reduce costs and extend access. As it often happens in this business, it all began with a tender. In the beginning of 2016, France Télévisions decided to transition towards a cloud-based digital workflow and was looking for the right partner for this venture. Their request was quite standard for us - live clipping from news, sports, entertainment and then publishing to social media and proprietary platforms towards apps and websites.

What was interesting was the scale of the requirements - a very large team of editors, a large number of concurrent streams, and a massive amount of destinations to manage.

Wildmoka won that tender, and our platform was launched with full coverage of the 2016 Summer Olympics in Rio. Since that day, 500 editors have been on-boarded, 100,000 hours of video have been processed, and more than 300,000 clips have been published to several hundreds of destinations.

Stéphane Van Bosterhaudt, France Télévisions’ Digital CTO, said: “Our requirements, as a TV broadcaster, were challenging not only in terms of scale but also in volume of content, complex workflows, diverse teams and SLAs. Wildmoka proved that they could deliver a fully reliable platform, connect a large editorial team in the Cloud, allowing our editors to deliver content much faster than ever before. In addition, they proved to be the ideal agile partner, always providing support and services going way beyond expectations.”

But We're Not Out of the Woods Yet

During this first phase of transition, the French national broadcaster was still in testing stage when it came to the Cloud. They were using our Cloud-based digital workflow for live clipping, and a set of on-premise equipment for digital live streaming.

Why is Live streaming so critical? Because live has even stricter SLAs than near-live. And because of the unpredictable nature of events. Every issue when it comes to live broadcasting, appears amplified: an interruption of service on a near-live clipping workflow means a short delay in delivering the clips. An interruption in live streaming means discontinuity in delivering the content. When live events are delivered to digital only, broadcasters are bound to distribute the content by contract. This interruption becomes a breach of this contract and can have serious consequences.

It’s important to note that as a partner, we can never be (and neither can be France Télévisions) in full control of the end-to-end coverage of a live event from the transmission to acquisition and distribution of the stream. From audio problems to camera malfunction, interruption of power supply and even bad cables on the production ground... so many things can go wrong. Moreover, it turns out that one in five viewers will immediately stop watching a video stream with poor quality or interruptions, and never return to the same provider.

But the promise of infinite elasticity - removing limits of hardware equipment and local staff when it comes to large events - convinced France Télévisions that it was worth the technical challenges and the required changes in workflows and processes. As a consequence of this decision, in September 2017, France Télévisions launched a second tender. This time they wanted to take an additional step towards a fully scalable, cloud-based digital hub, which would enable multi-destination live streaming of their events, in addition to fast turnaround near-live clipping. Requirements included end-to-end event management from stream capture to distribution on websites and apps, while editors creating clips, publishing to social media and live to VOD (Video On Demand). This workflow could allow the possibility that once the stream has been ingested, for it to be published either as a VOD asset to social & websites or to be live streamed.

Our platform supported most use cases, and in order to deliver a multi-rendition, large scale, high SLA digital live streaming solution, we partnered with AWS Elemental. Even though we had been working together for nearly two years, we were put in competition with other industry leaders and we still had to prove our worth just like for the first tender. In the end, Wildmoka won this second tender as well and the upgrade of the solution was deployed before the Summer.

In order to realign the requirements of live with the nature of Cloud, France Télévisions had to reinvent its processes of managing live events. And we had to circumvent the relaxed SLA of Cloud to adapt it to a broadcaster’s requirements when it comes to live SLA.

Where Do We Stand Today

To date, since its upgrade with Live support, the platform has already delivered more than 3,200 hours of live, covering events over several verticals: obviously some major Sports events such as European Championships, Youth Olympics Games, or Tour de France, but also a large number of important entertainment shows such as electro-music festival Sonar, Rock en Seine, or many concerts in France Télévisions summer of culture. The platform is now fully integrated with France Télévisions event management infrastructure, providing a full end-to-end solution for managing large Live events.

“We already knew that Wildmoka was a reliable and effective partner for short-form content, as we started working together in mid-2016.”, says Stéphane Van Bosterhaudt. “This new page of our collaboration brings France Télévisions’ integrated digital platform to the next level. Thanks to the Cloud, to Wildmoka’s platform and to the hard work that both teams put together this Summer, we have now truly reached full elasticity and going steadily towards achieving our goal: provide our teams with an unlimited digital platform.” 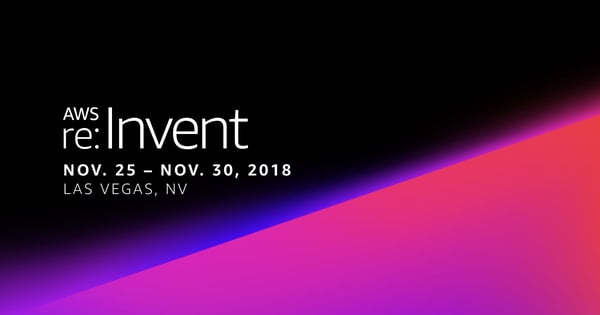 France Télévisions will be presenting this state of the art deployment next week at Amazon AWS re:invent, in a session describing how the Cloud can be used to achieve unlimited scalability while coping with broadcaster high-reliability requirements.

France Télévisions was our very first customer and as a partner, we are more grateful than ever to have had the opportunity to grow along with them and build a real digital media distribution hub. Solidifying the solution through thousands of hours of critical Live events has, for sure, been challenging. However, it has brought immense value - allowing us to truly commit to deliver a fault-free, mission-critical service.

Digital was initially, and for several years, considered by many broadcasters as a side business, one where relaxed SLAs were just enough. This phase is now over, and digital has come back to our customers’ core business, and high SLA commitments, service and support should be at the top of their requirements. If you are looking for a partner to help you reinvent, realign and integrate a customized digital workflow along with your editorial team, get in touch with us today.

If we have to summarize the key information in three points: